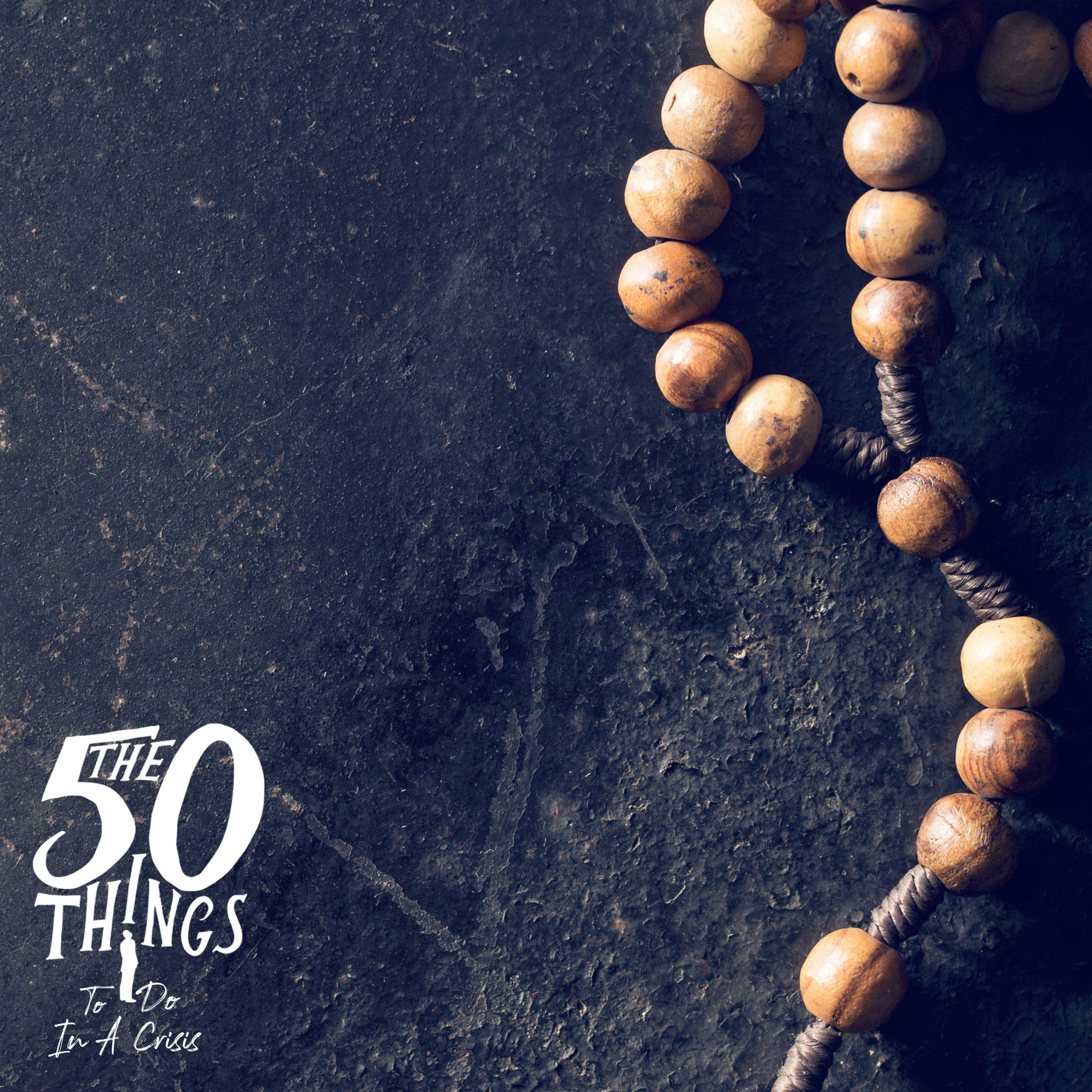 “Faith is the strength by which a shattered world shall emerge into the light.” (Helen Keller)

Faith (noun): strong belief based on spiritual conviction rather than proof

When I was a little boy, my Grandma Elsie told me that if ever I needed help I should pray to God and He would send my guardian angels to help me and guide me. I felt very special when I heard that, as though I had been given a secret and invisible shield of protection. Dear old Grandma had probably known something I didn’t at that point, because soon after she revealed this great secret to me, something happened which changed my life forever. In no time at all I was to be very grateful for her assurance about Divine inspiration and guidance. For a short time, at least, it was to be wonderful solace to a five year-old boy who had just discovered that his parents were divorcing.

Now, this is going to come as something of a shock to anyone born after 1990 but the truth is that children didn’t actually qualify for human rights in the 1960s. Back then you didn’t need to worry about things like psychological impact or emotional trauma and thus, the divorce announcement was not discussed in an open conversation over the kitchen table, nor even in the car with everyone’s eyes facing in the same direction; and actually, neither of the participating adults even deigned to take part in the conversation. In fact the whole discussion was delegated to my sister Sarah who was then just seven. To be fair, Sarah did her best to make it sound kind of cool and exciting, a triumphant nugget of gossip gleaned during her latest sortie to the land of the grown- ups, as we cleaned out our pet rabbit, a grey Dutch Dwarf called Beau. I can remember being confused by her animated features which contrasted so wildly not only the task in hand, but also with the devastating news that our father was about to leave us forever. I can remember thinking quite clearly that I must have it all wrong, but as soon as I understood what she meant, I realised that it wasn’t exciting at all. In fact it was the crappest news ever, well-suited to the ambient surroundings. Not so much a triumphant nugget as a disappointing turd of gossip.

(Oddly, the caged-animal-muck-out-with-major-life-revelation combo was to reappear a few years later when our mother delegated another job – that of telling us “The Facts of Life” – to our babysitter Anna Heffler, who imparted the relevant details whilst cleaning out our gerbil, Skippy. Luckily for us, Anna’s father was a doctor so the facts were pretty much spot on, but this may explain why, to this day, I feel uncomfortable about intimate conversations near chicken wire.)

Back to the story: here I was, armed with Grandma’s secret shield. I could get my guardian angels to fix this. Easy-peasy. If my five year-old self had known how to say “LOL” or give myself a high- five, that’s exactly what I would have done. I got straight on the case and fired off a bunch of prayers and, of course, like everyone who has ever prayed, I expected an immediate flash of lightning in response to my plaintiff wishes, a magic wand waved on my behalf, all wrongs righted, all miracles achieved, all errors, mishaps and accidents corrected by a giant, cosmic chalk duster.

As I soon discovered, however, prayer doesn’t work that way. Or any way like that if my experience is representative. The strangest part of it is that I didn’t immediately give up on the whole thing as a bad job. I think I was afraid to deny the existence of a Deity who could snuff me out like a candle if I gave Him cause. It seemed rude and likely to provoke wrath and ire and I was already having a bad day. Better to keep the big guns onside, right?

In fact, it’s only taken me fifty years but I think I have finally twigged. Prayer doesn’t do anything to the situation you’re praying about; what prayer does is to change you. But that would have been incredibly cold comfort to a five year-old boy who didn’t want his dad to leave.

But after a lifetime of reflection I have concluded that if prayer does anything, it changes your energy, maybe even your energy field and the way in which you resonate as a force in the universe, and maybe that is what alters whatever it is you want fixed when you pray. I’m no scientist (as my A-level results proved quite conclusively) but isn’t there some sort of quantum physics-y theory thing that might support that?

What has all this to do with Faith, I hear you ask? Well, it’s this. Whether my theory about prayer is right or wrong, you have to have Faith to get the process going. You have to believe that even the act of asking the question might actually get you an answer or effect the changes you seek. And isn’t it almost an unwritten rule that even asking for something in prayer is an act of Faith that someone else is actually listening?

The thing is, while I was disappointed about the whole parental divorce/prayers not answered debacle, I didn’t give up on Faith. In fact, I started to think of God and Jesus as my invisible friends, always walking beside me. Maybe that’s what my prayers achieved. Maybe the comfort of knowing I had them beside me, always walking with me through whatever storms I had to face, maybe that was the answer to my prayers.

I guess, if you look at the definition at the beginning of this post, that ties in with Faith right there: “a strong belief based on spiritual conviction rather than truth”.

The thing is, these are still uncertain times and we all have to be brave and strong and hold hard to our optimism. But that’s what your Faith is for, whether it’s Faith in the God I think walks beside me, or in your own fortitude and creativity. Right now though, my Faith tells me that it’s going to be fine. Sure, it’s been bumpy and it’s going to be a bit more so, I expect, but we’re going to make it. I say it that way because I’ve talked to many people recently who are struggling with the whole thing and starting to be fearful. Well, you have to feel the fear if that is what is in front of you, but I was reminded recently that this entire Universe was built on love and that gives me Faith that it’s going to be fine. Better than that, actually. It’s going to be great.