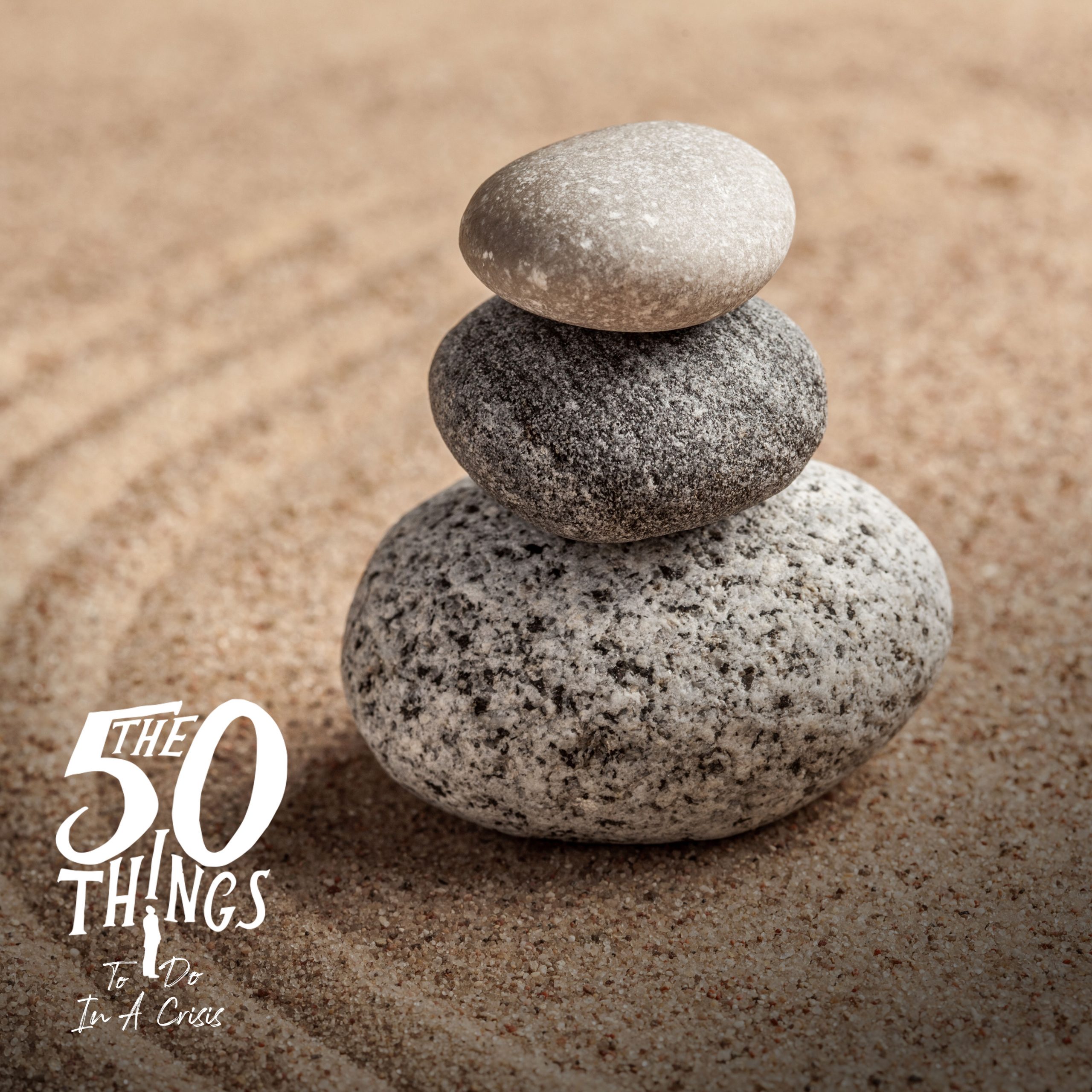 Simplicity (noun): the quality or condition of being uncomplicated in form or design.

When I picked the subject of this chapter, I didn’t realise that it was going to be quite so hard to write. I thought Simplicity would be easy to write about. Or at the very least, simple. Yet the fact that this is the third time I’ve sat down to write this would suggest otherwise. I was getting bogged down in clever definitions that didn’t really serve the ideas I wanted to explore, and more importantly, I forgot for whom I write this. All not very simple then.

I even got going on Ockham’s Razor. Yes, really. Look it up. It’s not even irrelevant, it was just not creating SImplicity.

For now though, let’s go with the basic dictionary definition: uncomplicated.

At any time, that is likely to be a desireable condition, certainly before lockdown, before the big universal pause button got pressed.

And now? Well now I think it’s clear that it’s more important than ever.

I think it’s critically important because we’re all living through what, at first sight, appears to be the least simple period in global history. We were all just cruising along minding our own 21st-century business when we hit this weird blip in the space-time continuum and suddenly, absolutely nothing is normal. At least nothing in our man-made reality is normal.

And it’s bizarrely disconcerting not just for us, our family and friends, but everyone the world over. After all, we are the master race, the guys who conquered the planet and made every continent our home, the humans who mastered every environment and every living condition, who even went off planet briefly to visit the moon. We accomplished all that and yet now there is nothing for us to do but sit and wait.

Meanwhile, in the natural world it’s business as usual. The sun comes up, the birds sing the dawn chorus, the wind blows, the rain falls, the sun shines, trees, grass, flowers and crops all grow, and meanwhile the birds continue to sing, tides come in and go out and nothing much happens except that everything happens. And in many ways, one might argue that, for the natural world at least, it’s better than business as usual. Skies are clear of pollution, all smog gone. Roads are clear and quiet, and you can hear birdsong. CO2 levels are falling around the world. Human inactivity is saving not only our own species but possibly also our planet.

For the first time in living memory, we’re all avoiding disease in the only way possible. The way in which we interact with one another has been changed beyond recognition. And still there is nothing to do but sit and wait.

I know it feels massively constraining right now, and everyone is starting to get frustrated, but there is some comfort In all of that, I think. We don’t have to solve riddles or find clues to some arcane treasure hunt, we just have to sit it out. We are being prevented from going about our normal activities, from travelling to see one another whether for work or for pleasure, but it couldn’t really be simpler, could it.

And if we all do it for roughly 1.5-2 times the incubation period of the virus, we should be able to discern fairly quickly who has it and who doesn’t and meanwhile, because we will not have been running around in a pack together for a while, we will hopefully prevent it spreading, too.

So although we all feel like we’re living through a Catherine Cookson novel set in 1910 and the most exciting thing to happen all week is that someone saw a cloud that looked like a rabbit, actually what we’re all finding out is that there is joy and meaning in a simpler life.

And meanwhile, one word about William of Ockham and his Razor: there are a lot of conspiracy theories bouncing around all over the interweb about how this all happened. From badly-cooked bat recipes, to the 5G mobile phone network and theories about Atlantis that make “The Hitchhiker’s Guide to the Galaxy” sound sensible. Every strand of fantasy you can imagine – and a fair few that you can’t – have been proposed, shouted down, endorsed, and meanwhile, governments are being accused and blamed and a lot of people are being a bit grumpy and some of them a little less than civil.

So let’s take a deep breath and go with Simplicity, shall we?

Let’s agree that we may never know the cause of the virus, only that it exists and we all have to do whatever it takes to fix the problem. And for the majority of us that involves just staying at home. And if you would prefer to go with a theory that revolves around secret alien landings and biological warfare, at least admit you’re doing that for your own entertainment in a slow news week, and stop being cross with everyone.

And let’s also agree that whatever the failings of the government, everyone’s doing their best under extraordinary circumstances. (Unless you are reading this in the USA where, I’m afraid, that simply isn’t the case).

Because, and here’s the thing, the non-simple version of this is going to exhaust you of joy and make you dreadful to live with for the duration.

Go with Simplicity. It’s just easier. And you need that right now. Be well. Stay well.